In honour of International Nurses Day and the 200th anniversary of Florence Nightingale’s birth (both on May 12, 2020), this exhibit shines a spotlight on the School of Psychiatric Nursing at the Provincial Mental Hospital, Essondale. The exhibit provides a brief history of psychiatric nursing in British Columbia and highlights photographs, documents, and ephemera from the Riverview Hospital Historical Society collection, preserved by the City of Coquitlam Archives. 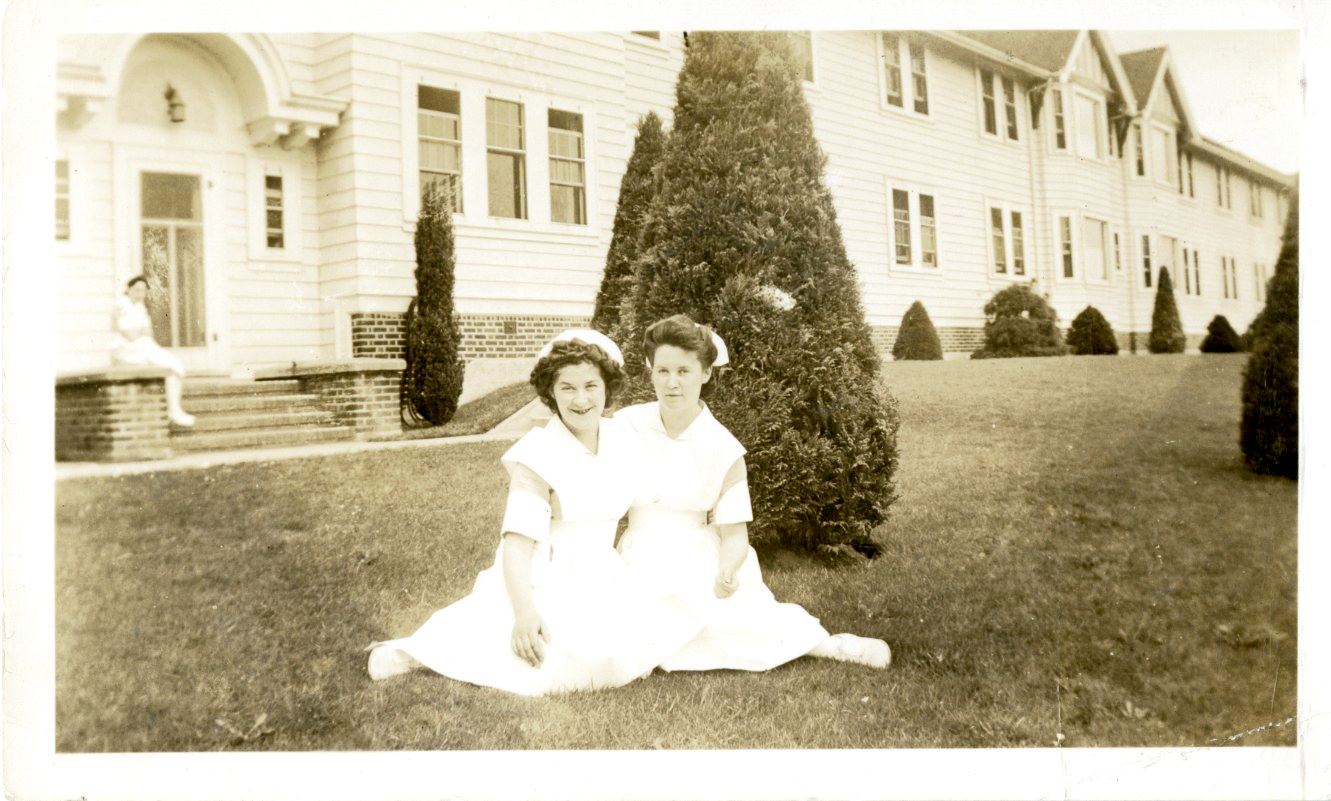 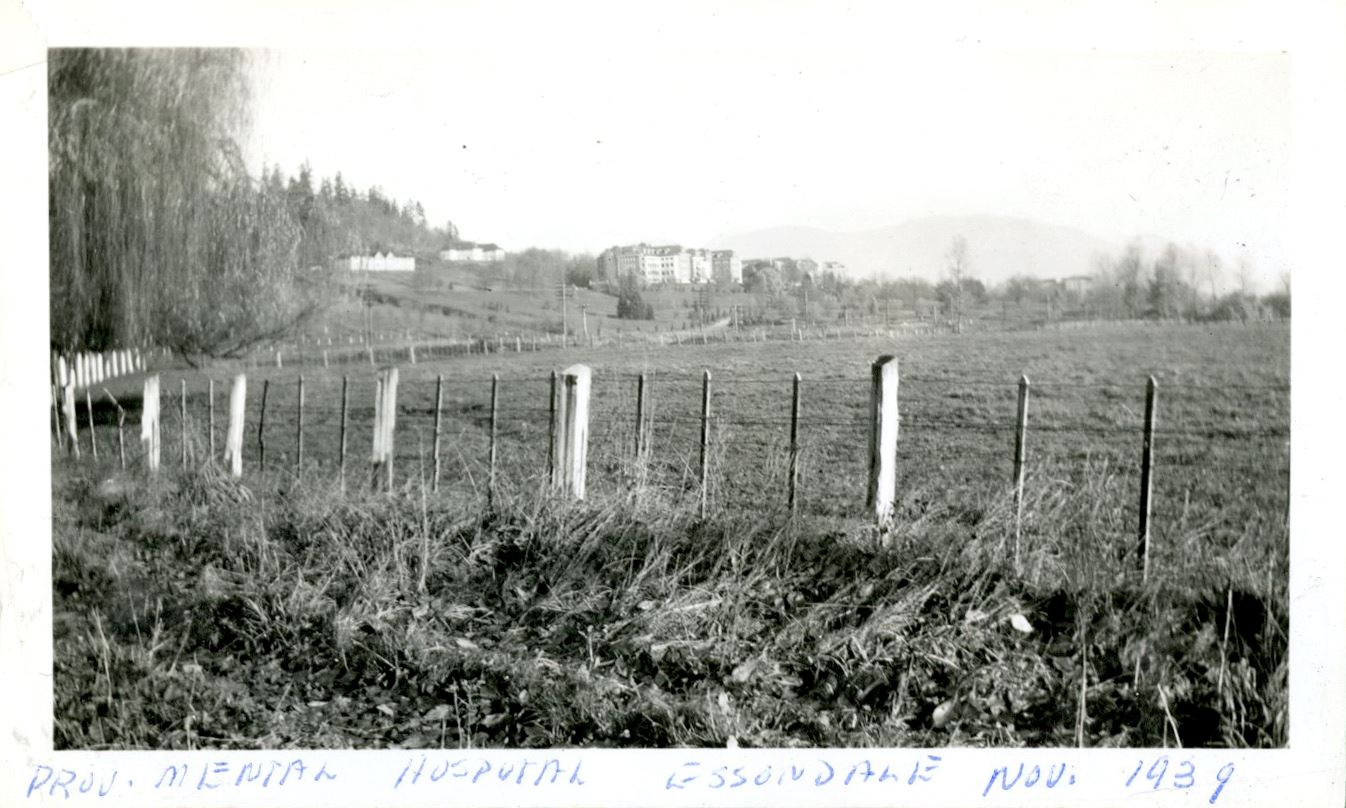 Indigenous traditions and health practices have been carried out in this area since time immemorial, long before the establishment of the Provincial Mental Hospital, Essondale (Riverview Hospital). The hospital stands atop səmiq̓wəʔelə (Riverview Lands) , or the Place of the Great Blue Heron, where kʷikʷəƛ̓əm (Kwikwetlem First Nation) took shelter for thousands of years. By the beginning of the 20th century, traditional healing knowledge in the area was supplanted by settler colonial medical practice.

Prior to the 20th century, the treatment of mental illness was often cruel, involving incarceration, isolation, and restraint with chains. Treatment eventually evolved toward a custodial model of care, grown out of social reform and mental hygiene movements that were often driven by class-based eugenic motivations. The evolving model of care stimulated the need for more professional expertise and the School of Psychiatric Nursing at the Provincial Mental Hospital, Essondale emerged from this landscape. 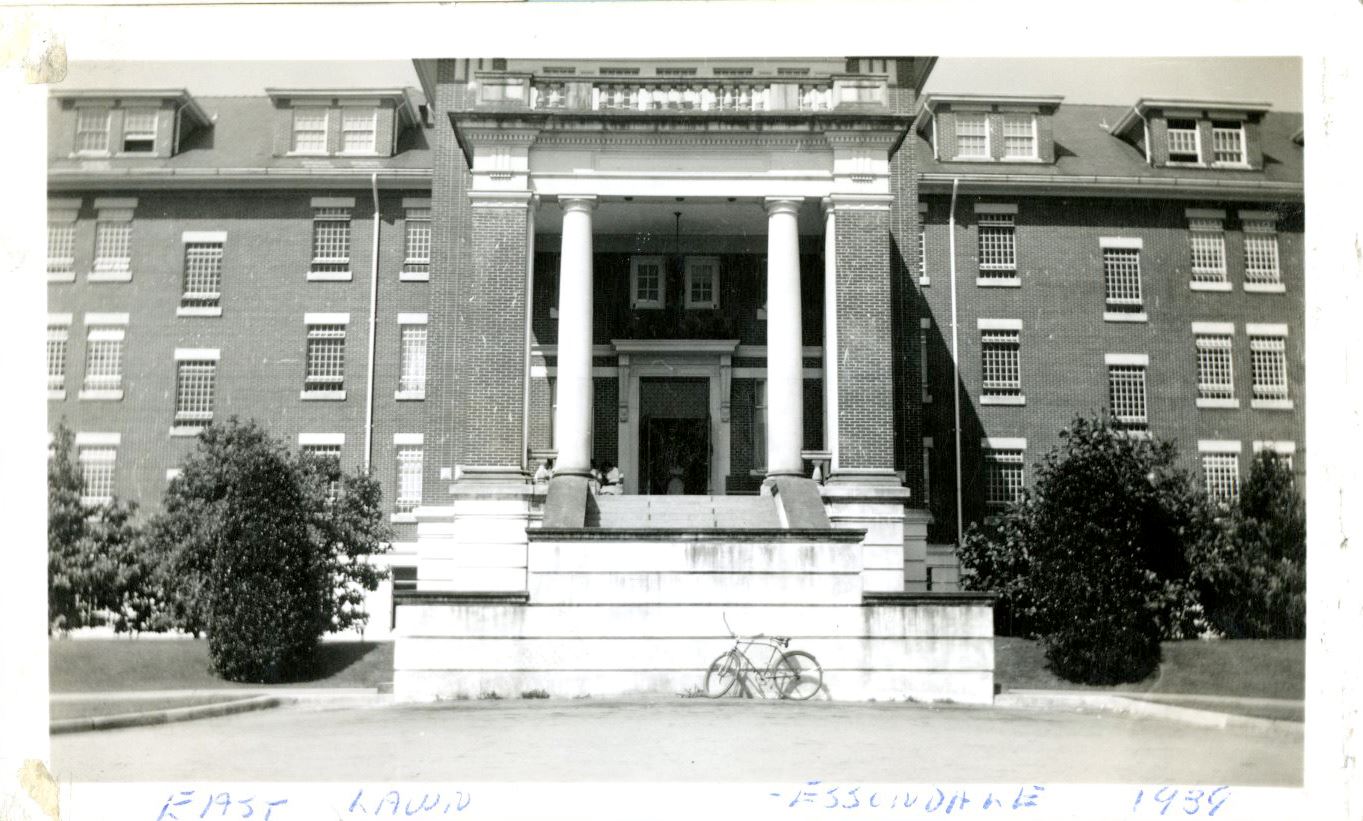 From 1913 until 1920, nurses and attendants at Essondale Hospital worked under the guidance of the medical superintendent, physicians, chief male attendant, and a matron. These higher-level positions were noted in provincial annual reports, but the reports neglect to mention the many rank-and-file nurses, leading to a conspicuous absence in the historical record.

Enter: Miss Florence Van Wyck! In 1924 the matron position was transformed into the more prestigiously ranked Superintendent of Nurses, perhaps due to the strides being made in the professionalization of generalized nursing. Essondale Hospital hired Van Wyck in this newly created role. She was a registered nurse who had taken post-graduate training in mental diseases, which gave her more expertise than previous nurses and attendants. Van Wyck and her nursing corps raised the standard of patient care at the hospital. Her staff consisted of graduates in psychiatric nursing who came from other hospitals in Canada and other British colonies.

Van Wyck married Dr. Arthur Crease in 1925, which left her position at the hospital vacant. Though brief, her tenure was a galvanizing force that made explicit the need for specialized training for psychiatric nurses. After her departure, Essondale Hospital nurses worked under the care of several Superintendents of Nurses into the 1930s. 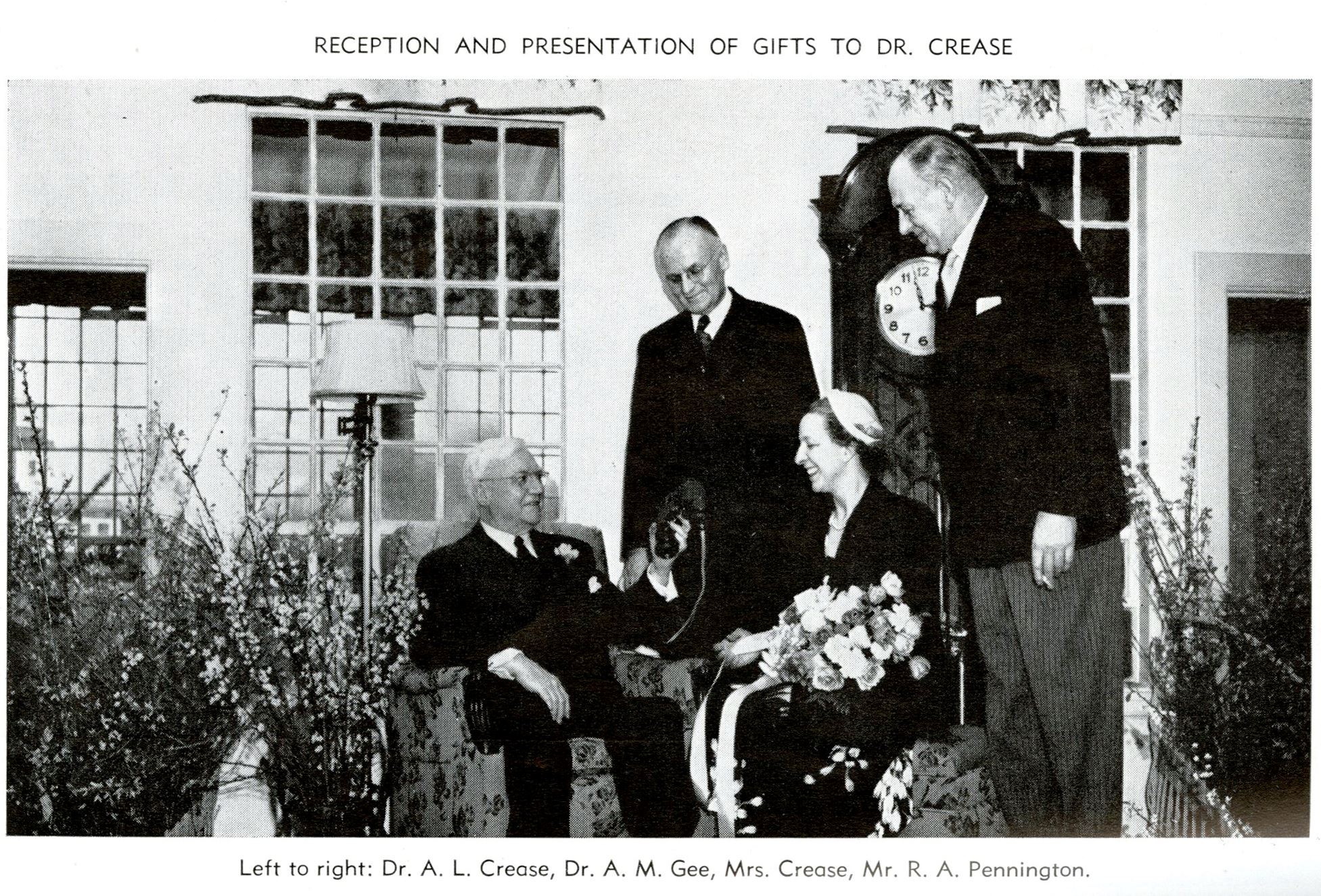 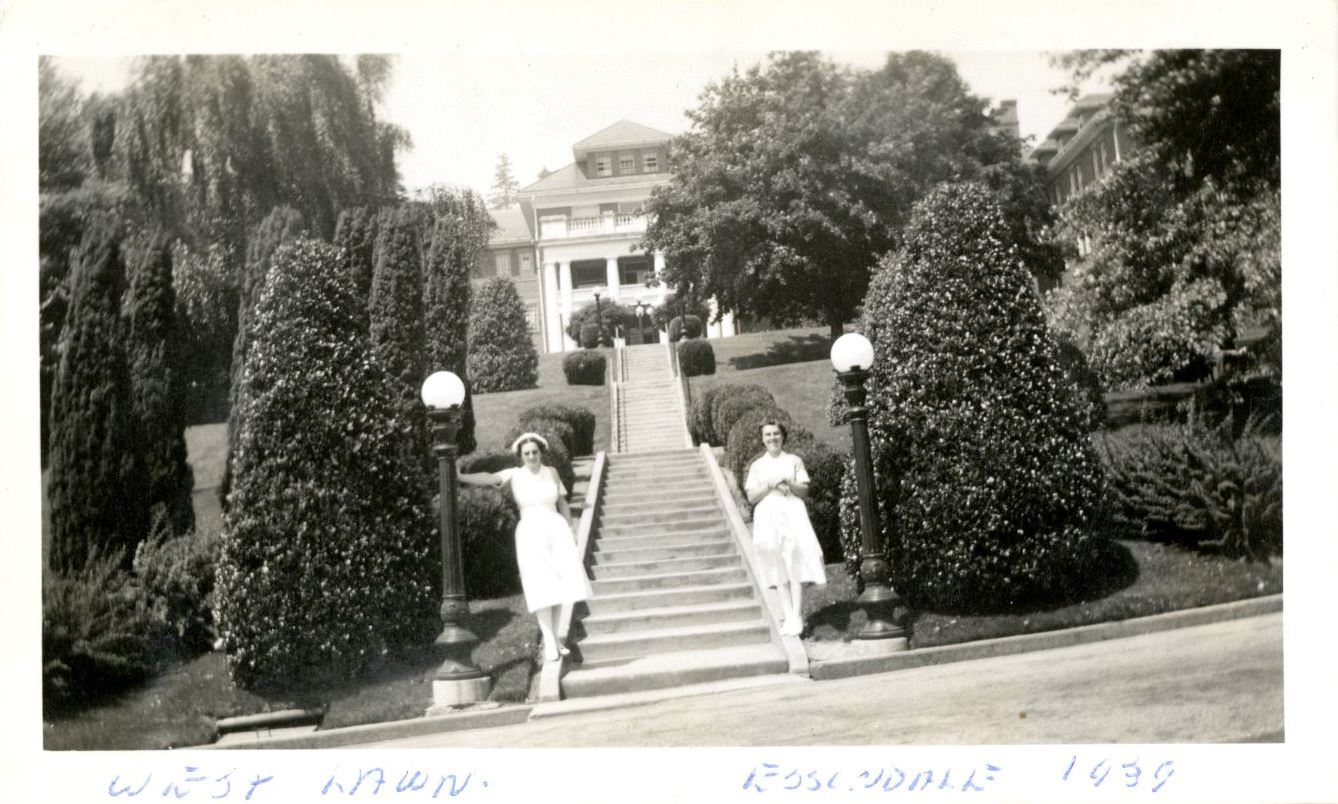 In 1930 several registered nurses came to Essondale Hospital to take a six-month post-graduate course on psychiatric nursing and first aid, originally offered as a series of lectures at the Public Hospital for the Insane in New Westminster. After they completed the course, the students became psychiatric nursing supervisors at Essondale Hospital under the charge of the new Superintendent of Nurses, Miss E. M. Leonard. Although the training was short, this initial cohort of students established the “Nurses’ Training School,” which would eventually become the School of Psychiatric Nursing.

Another milestone for the Nurses’ Training School was the arrival of Constance Alberta Hicks as the new Superintendent of Nurses and Miss M. Marlatt as Instructress of Nursing in 1931. These two nurses were instrumental in developing the school’s training program in its early years. At the time, there was no standard of training for psychiatric nurses in Canada. Hick’s and Marlatt’s curriculum was developed by trial and error and formed the basis of the training program for years to come.

Hicks and Marlatt based their training on Florence Nightingale’s philosophy of nursing, which was the common model for most hospital nursing schools across Canada. The basic rule of the Nightingale system was that nurses were accountable to their nursing superiors, and this hierarchy applied to both work and personal life. 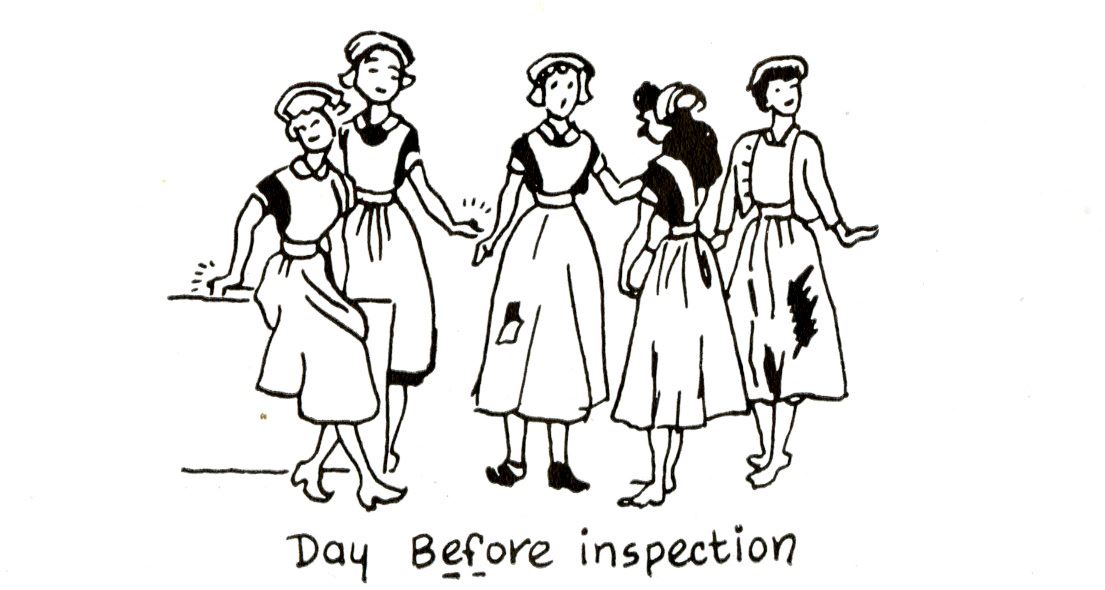 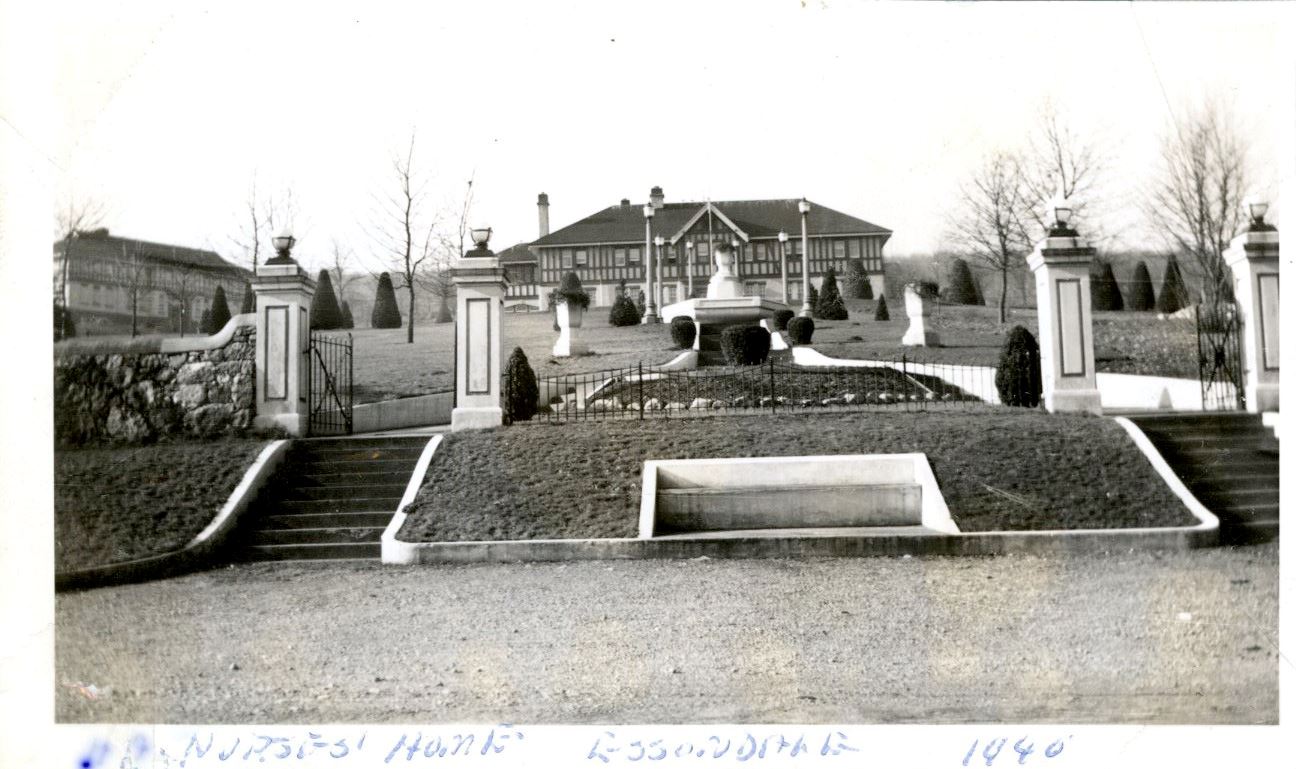 Student nurses lived on site, originally on the top floor of East Lawn and later at the Nurses’ Home, and attended classes and worked in hospital wards. The Superintendent of Nurses and instructors dictated nursing education, delegated supervision to graduates, and kept all student nurses under their stern and watchful gaze. The students often poked fun at the strict situation in their yearly annuals.

Due to the immediate need for trained nurses to fill positions on the wards, Hicks and Marlatt originally provided a one-year course to a cohort of student nurses who graduated in the spring of 1932. In turn, the graduates helped prepare other nurses by guiding them through the course. The next group of students trained for the next two years. The following groups were enrolled in a three-year diploma program that continued until 1951. In addition to the three-year diploma program, a six-month course in psychiatric nursing was offered to postgraduate registered nurses at the Nurses’ Training School, until 1955.

Notably, in 1937 the first cohort of male attendants enrolled to take the three-year program with female nursing students. However, because of the Second World War, the male attendant course lapsed between 1939 and 1945.  After the war, a special course with male instructors was offered to the attendants to allow them to qualify as psychiatric nurses. By 1949, the standard of the course had so improved as to equal that given to the female students. For several decades, the Nurses’ Training School was segregated by gender, with gender-specific faculties. In 1955, the school integrated the two programs because of a shortage of instructors. 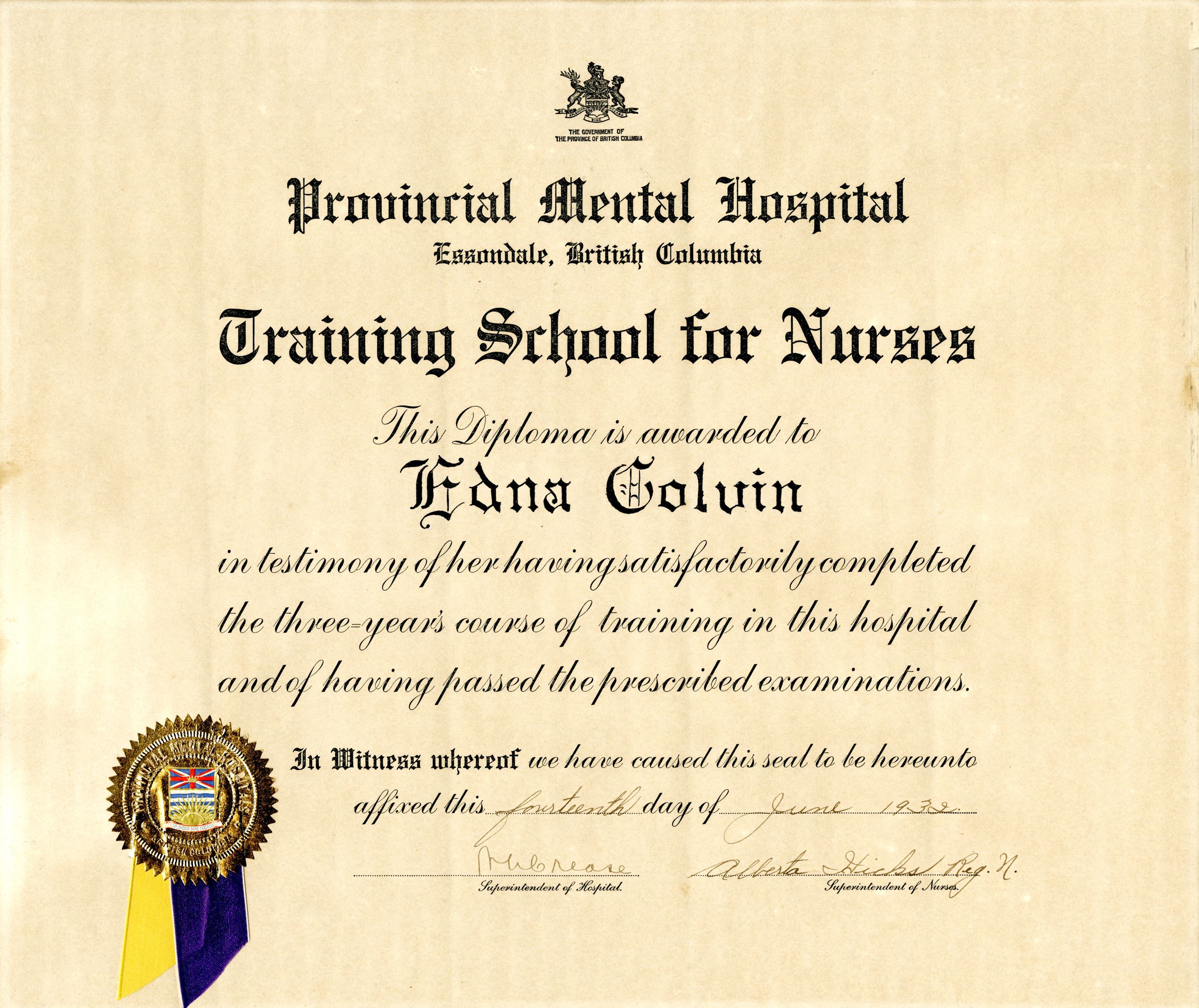 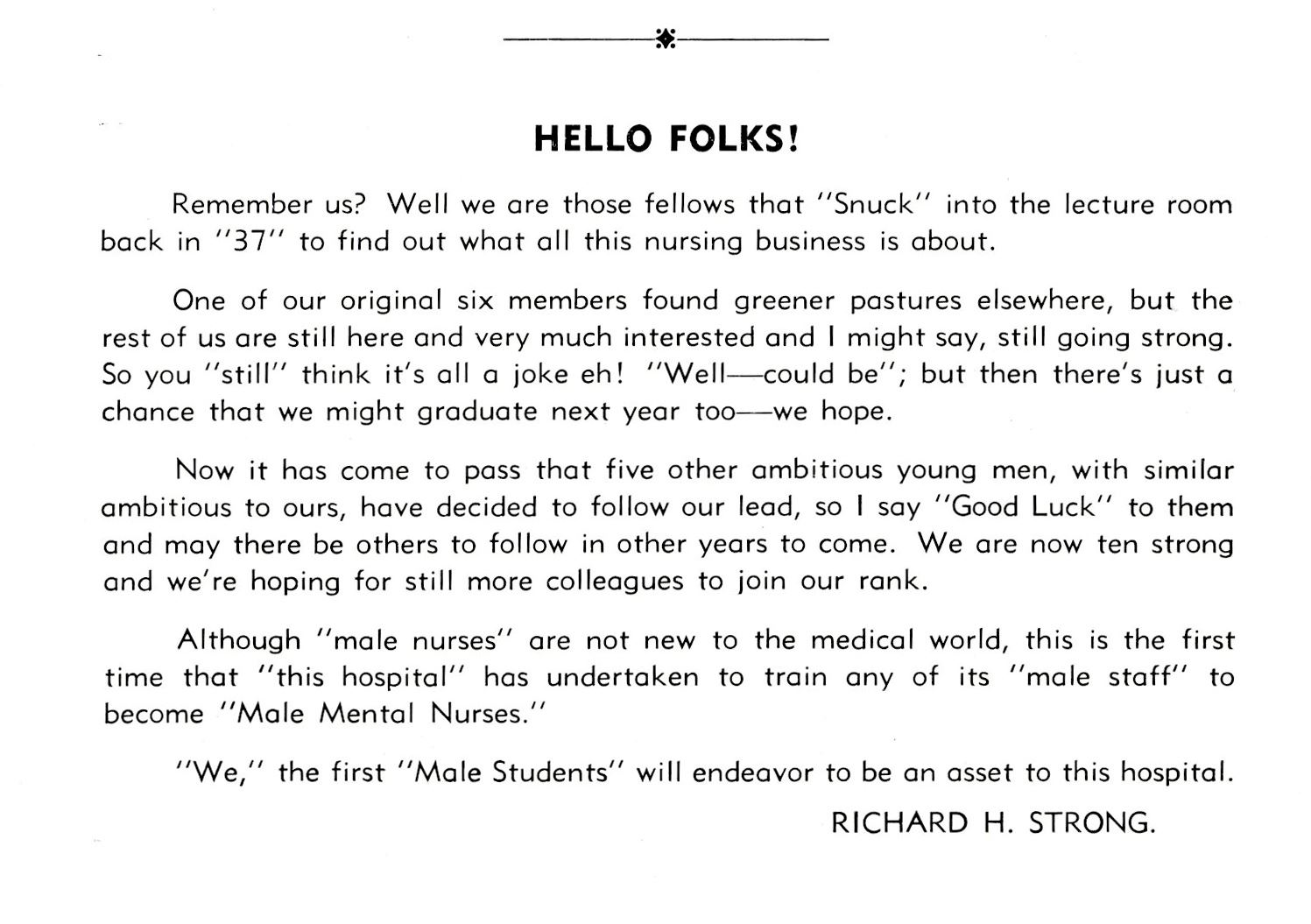 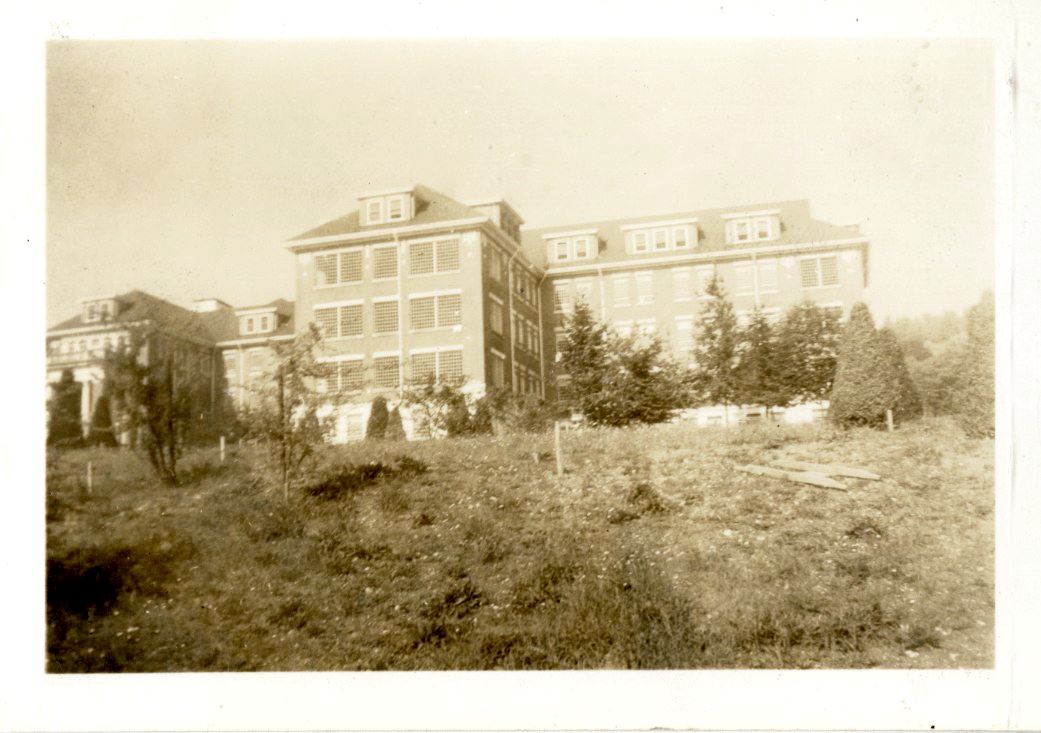 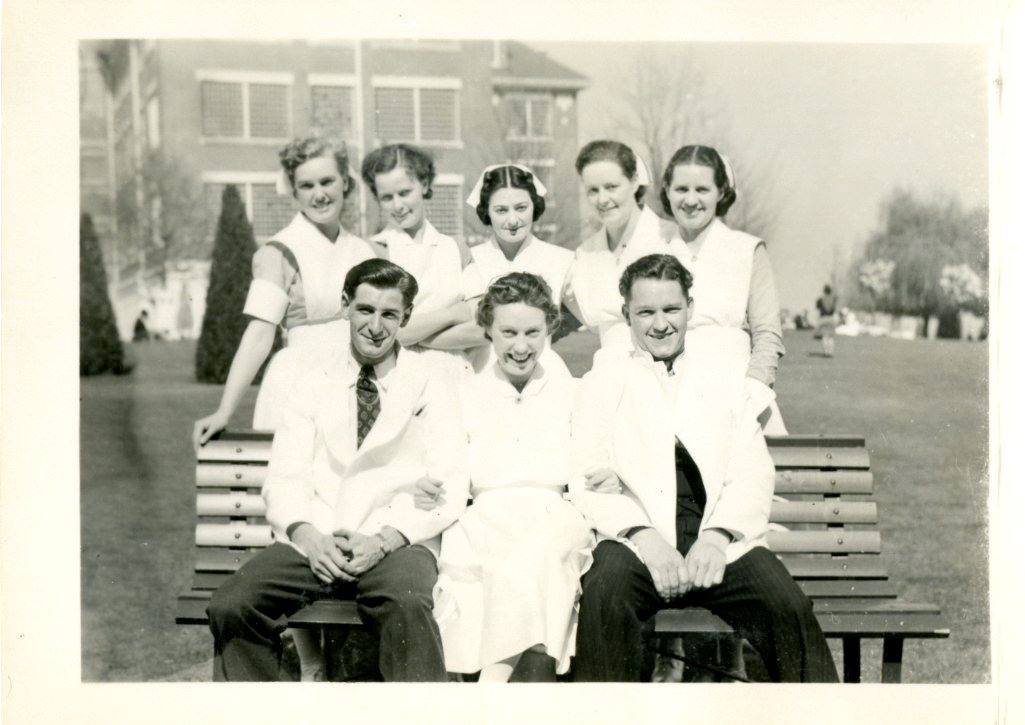 In addition to serving its own students, the school provided education to training programs across British Columbia. Starting in 1938, students taking the Public Health degree course at the University of British Columbia were assigned to Essondale Hospital for observation and study for two months.  From 1938–1948, the Nurses’ Training School offered a two-month affiliation course in psychiatry for student general nurses training at Vancouver General Hospital, St. Paul’s Hospital, and the Royal Columbian Hospital among others in the British Columbia interior.

The esteem of the Nurses’ Training School in the eyes of the Province grew year after year and was no longer relegated to a short summary in annual reports. Due to its significance to the functioning of the hospital, it became its own separate unit of the Mental Health Services Branch of the government, called the Department of Nursing Education.

By 1950, the Department centralized its teaching at Essondale, amalgamating with the program offered at the New Westminster Woodlands School, so that all students benefited from in-ward experience at both institutions.

Classes at the School of Psychiatric Nursing

The educational standard for entering the Nurses’ Training School was a Grade 12 education until 1942 when, due to the war and the resulting difficulty in obtaining staff, people were taken on staff with a Grade 10 education. Two entrance cohorts, one in September, and one in February, were admitted to the school annually.

The program consisted of a mix of theory and practice. Students had periods of classroom study as well as controlled clinical experiences and nursing service duties. In return for their service duties, students received a monthly stipend, which reflected the gender pay gap at the time. 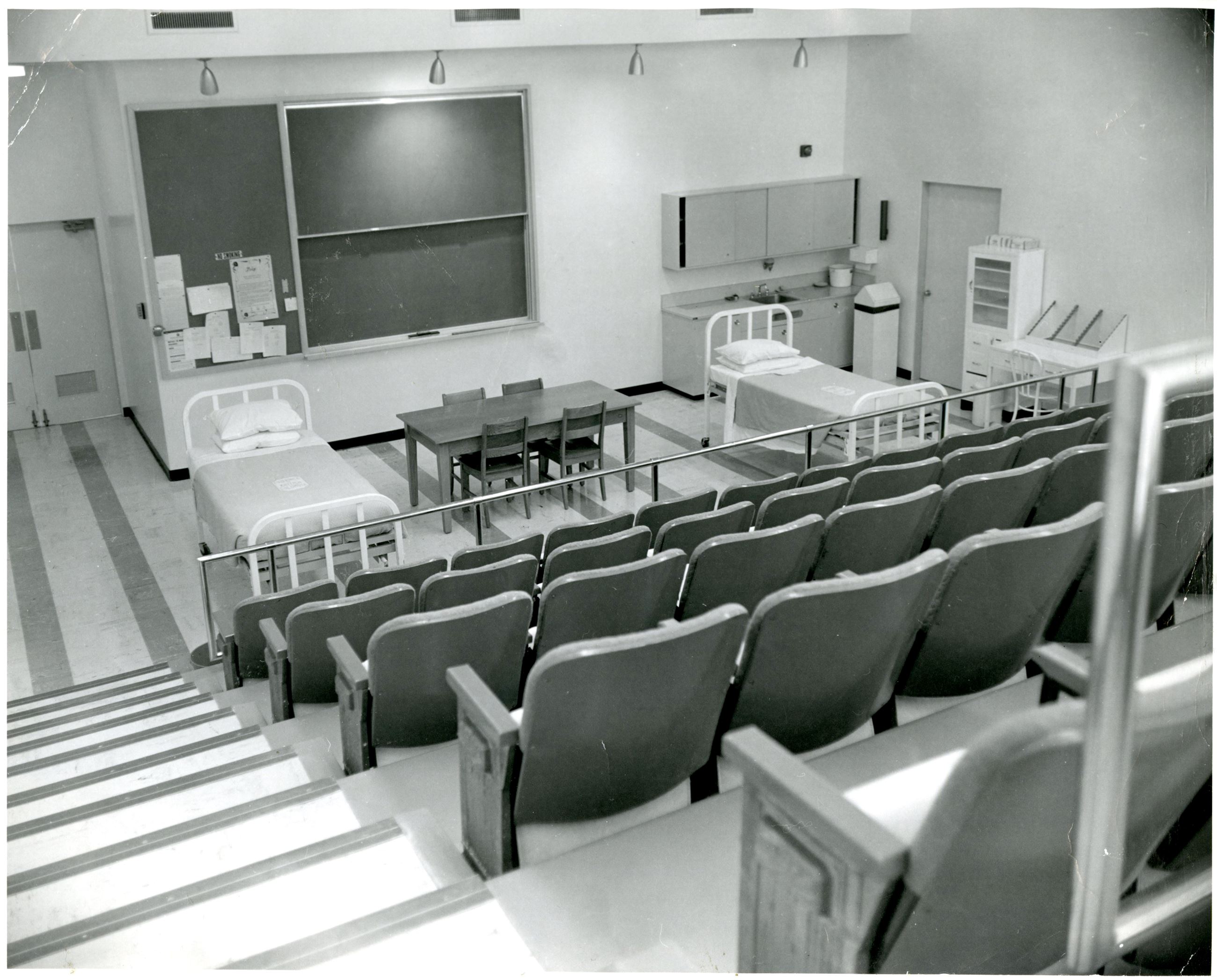 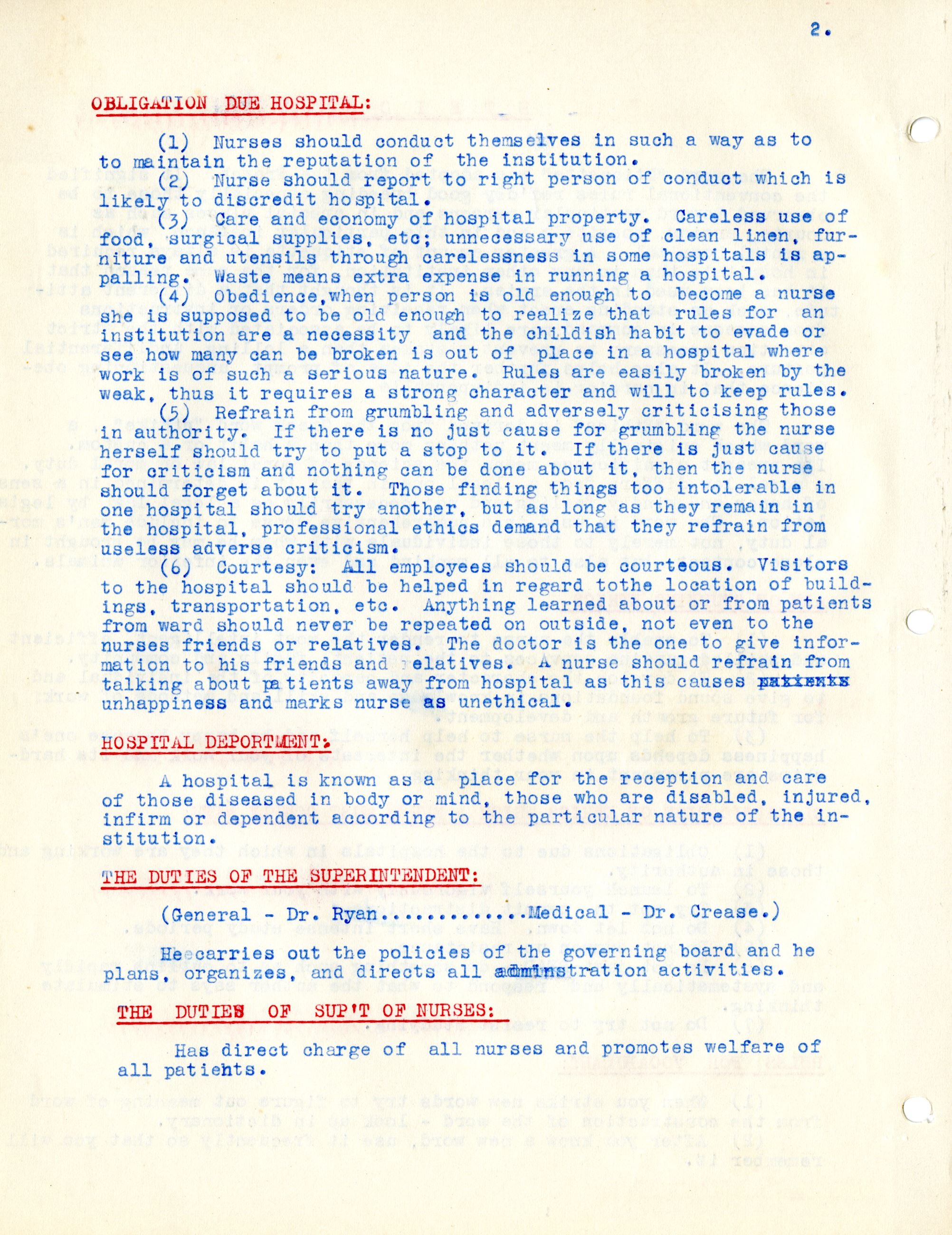 Students were required to maintain certain gendered standards in their dress and behaviour. Nursing is often perceived as women’s work, a narrative that grew out of deeply gendered beliefs held about women during the nineteenth-century. It was a long-held assumption that women had a special moral duty and compassion inherent in their feminine nature and thus were better suited to caring work than men. This gender essentialism (cultural coding of masculinity and femininity) can be observed in numerous documents related to the School of Psychiatric Nursing, including admission requirements and annual reports, and is reflected in the uniforms of the nurses themselves.

Prior to 1951, psychiatric nursing was not a regulated profession. With the passing of the Psychiatric Nurses Act, graduates were bound by standards of practice and education. The Act made graduates of the school eligible for licensure as psychiatric nurses in the province of British Columbia. It was in that year that the Nurses’ Training School officially became known as the School of Psychiatric Nursing.

The Act also created the Council of Psychiatric Nurses, which was responsible for registering, licensing, and controlling the administration of psychiatric nurses. The Council started to formalize training at the School of Psychiatric Nursing and shortened the program to two years in order to speed up training for nurses during a time of expanding services.

Despite the increased standardization of the profession, the School of Psychiatric Nursing faced a chronic shortage of teaching staff, which made it difficult to recruit sufficient nurses to maintain existing services. The instability affected the morale of the Nursing Department at Essondale.

In addition to the student and nurse shortage, general hospitals were beginning to be considered more appropriate sites for psychiatric care. With a move toward drug therapy and developments in occupational, recreational, and group therapy, the philosophy of care of the mentally ill moved towards treating patients in their own community. By the late 1960s, hospital-based schools of nursing were being phased out and two-year college-based programs were becoming more prominent. The days of the School of Psychiatric Nursing were numbered. 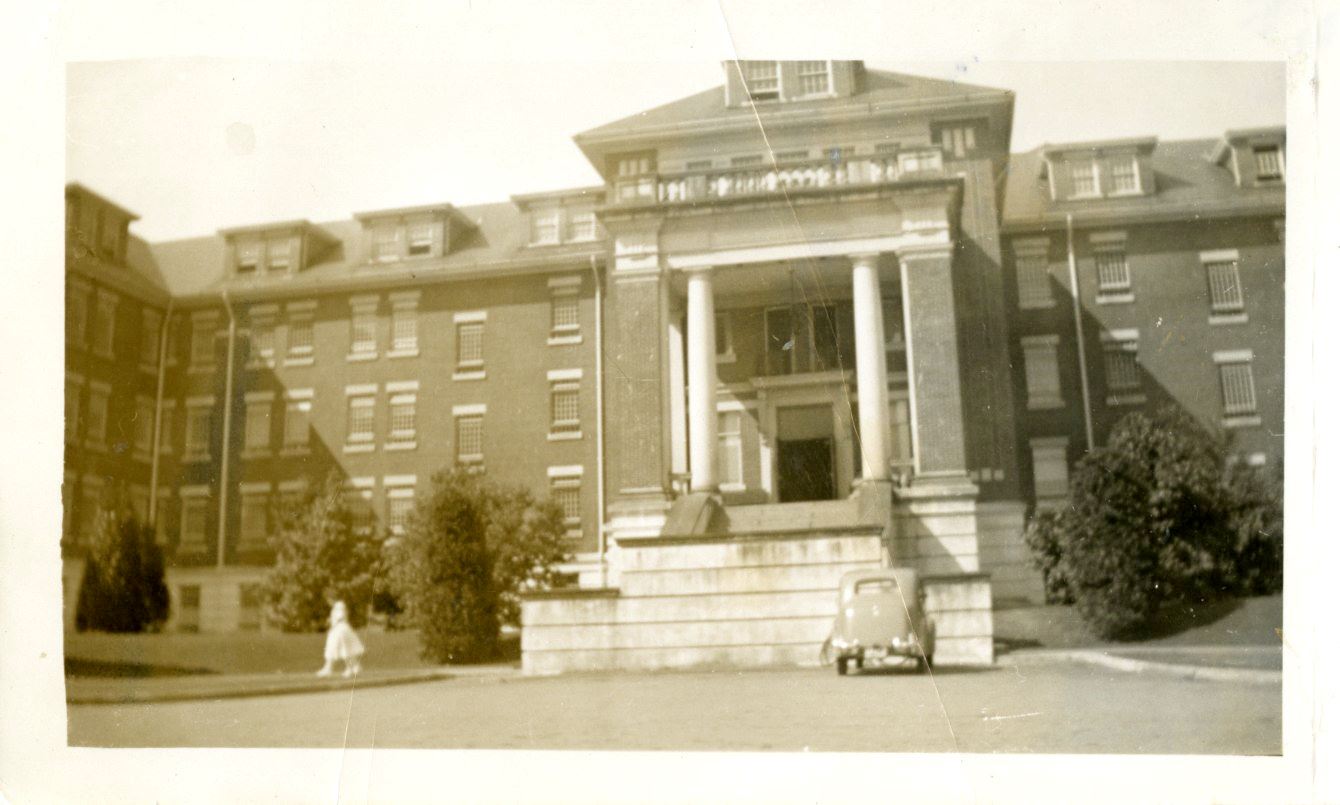 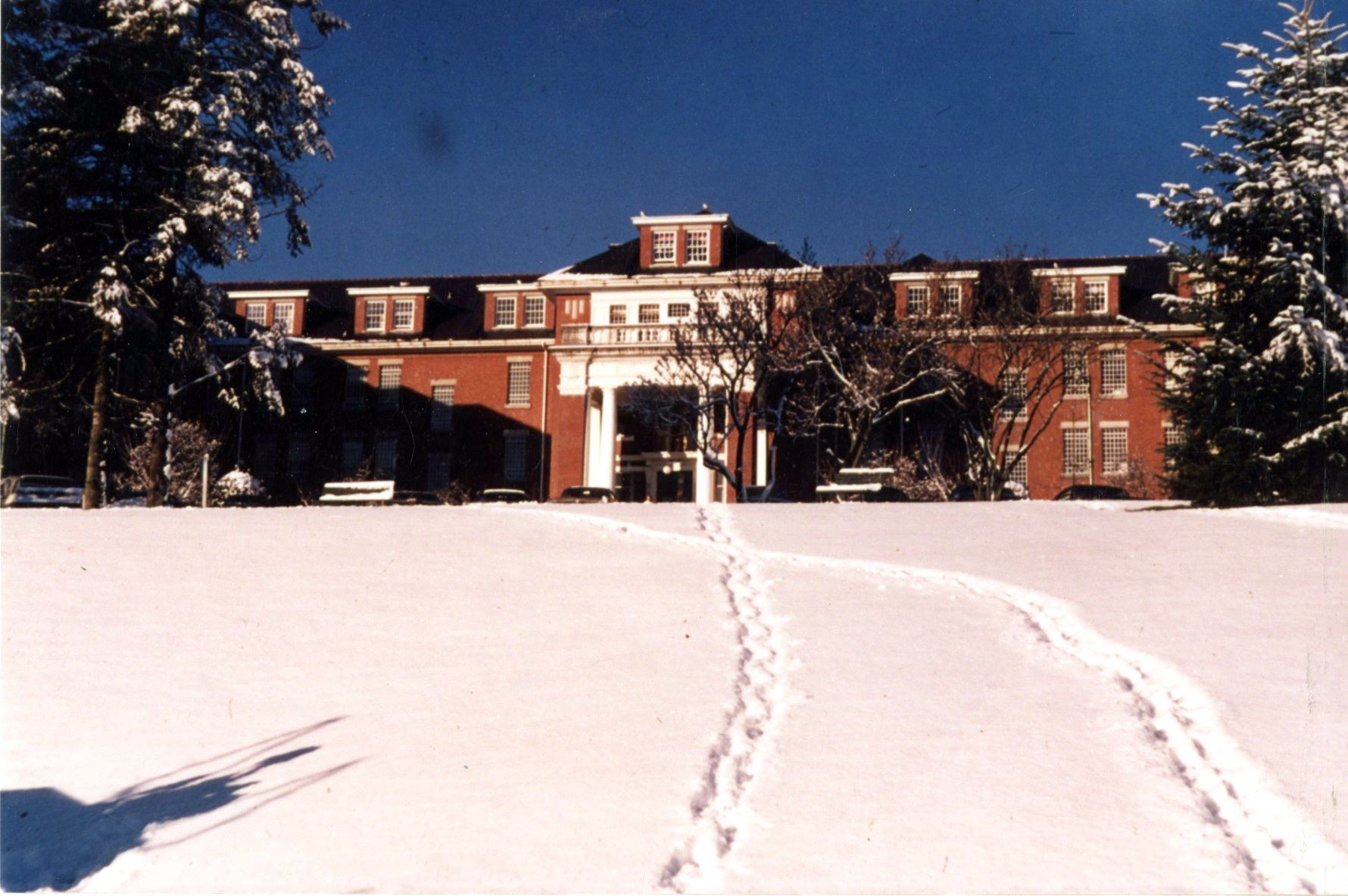 The student population wavered, despite attempts to redevelop the curriculum to address advances in scientific knowledge and changing trends in community needs. Hospital administration believed that modification of the existing programme could be achieved more effectively through the diversified resources of an educational facility.

Finally, in March 1972, the Mental Health Branch transferred the responsibility for training psychiatric nurses to the British Columbia Institute of Technology (BCIT), under the auspices of the Provincial Department of Education. The last class from the Riverview Hospital program graduated in 1973.

For over forty years, the School of Psychiatric Nursing influenced the course of the psychiatric nursing profession in the province and shaped the education of hundreds of student nurses.